skip to main | skip to sidebar

A scene from right out of Last Samurai! We were half expecting ninja to come slicing out at any second...

Yesterday, me and my friends went out to get some lunch. Our foraging eventually took us from the safety of our building all the way to Makati Cinema Square. At the suggestion of our Japanese-otaku, Joey, we went to have okonomiyaki at Little Tokyo.
Little Tokyo is a community of Japanese restaurants, most of which seem to be quite authentic and run by real Japanese people. I've actually seen in from the outside but it just seemed so seedy. Well, it was at noon so there weren't too many people, but I imagine that at night it's a lot more festive, and more Japanese nationals probably go there to dine or have a good sake.

The place we ate at, Kagura Okonomiyaki, was really Japanese in flavor. I was particularly pleased as it made me think of my favorite bitchy villainess from the Inu Yasha anime. It also made me think back to that scene in Kill Bill where Uma Thurman enters the shop of Hattori Hanzo.

The place was apparently owned and run by a Japanese man who was also the head chef. He whipped up four okonomiyaki for us. The dishes are basically pancakes, consisting of batter topped with luscious stuff. We watched as our orders took shape on the cooking plate. These guys were good, and as it is with real Japanese food, the okonomiyaki looked gorgeous. As for how they tasted, it's a mix of slightly sweet with savoury, with a really interesting texture. It's also very filling, but I managed to finish mine. Needless to say, I was quite thirsty after the meal. The last time I had an okonomiyaki was at least a year or so ago, at the fastfood-like Teriyaki Boy. That time, the experience wasn't as good... this time however, I was totally satisfied, and the dish was the meal itself, not just a novel side order.

The whole place just screamed Japanese, with a pile of Japanese magazines and manga on one side, a whole bunch of 'cute' stuff like Tamagotchi-like game keychains, baseball paraphernalia, bottles and signs labelled in kanji and more. They were even showing a channel with Japanese commercials on the TV.

Japanese pizza! The Okonomiya Special I ordered had pork, squid, shrimp, onions and more topped on a savoury-sweet cake. Delicious.

Anyway, that was my first time in Little Tokyo, and I am fully intending to return there someday. Really recommended!

Getting back on my feet again

For the past several weeks I've been laying on my arse. Yep, resting and lounging around like some slob, just vegetating in the Sanctum without accomplishing anything save a level or two at Ninja Gaiden for Xbox, or watching an episode of that EXCELLENT anime, Last Exile. That or appreciating my new bootleg dvds. Fun stuff, but it really isn't that productive.
Deadlines are approaching. Pages need to be drawn. Stories have to be made complete.

So here's my plate.

K.I.A.
I've actually got only three stories to do on the Kai anthology. One is more than halfway pencilled. The second major story has some pages but I want to restart from scratch. The final story only consists about two pages and so isn't really worrying. I'm actually giving myself a bit more time to finish these, but I will be doing work on them shortly.

Kunoichi Boy
This comic, due out in the pages of Questor Extreme is a GO. The ads have come out in the latest issues of Questor. I have to answer to editors and deadlines for this; so far though, it seems that the first issue (which is in the can) is at least a month or two away. Still, I have to get off my butt and crank out installments so I don't muck this up. Not particularly rewarding financially (not that any of my comics are... heh), but I can reach the most readers with Questor. Gotta give this due priority.

Siglo: Passion
I'm only drawing for this- the script has already been given, but the deadline's quite comfortable. I'll start on this after the 'K' projects are done.

Okay. That's that. Gotta start working. Really.
Posted by MARCO A. DIMAANO at 10:24 AM No comments:

My hair grows fast. Really fast. So, a few weeks after my first 'semi-kal' haircut left me less than a centimeter of hair length, I was back to looking 'fuzzy' with a mini afro.
It's pretty hard to get in a haircut in my day, but thankfully there's a neat barber shop in our building. It's called Bruno's (Is it me or are there a LOT of barbers named Bruno?), and it looks slick. Once you enter there's a receptionist behind a wood-panelled desk, with matching wooden panelling throughout the large area. The barber chairs look hi-tech, and face large mirrors with sinks. There are old framed pics throughout of people who look like they're from the 40s. In short- the place looked expensive.
Thankfully though, it wasn't- not really. In fact, the 135-peso price for a haircut is pretty common. The service was good, and the place was really nice. I think I'll have a haircut back there again when my hair demands. Didn't go bald this time though- I just settled for a crew cut. Suits me better, I think.

Thanks, Bruno. Seeya next time.
Posted by MARCO A. DIMAANO at 3:20 PM No comments:

During one of my rare moments that I was actually home to see primetime shows, I got to watch Nginiiig: The Hidden Files on local TV. The show has a format similar to the cheezy Scariest Places on Earth show, with a team of 'psychics' going around investigating sites of supposed supernatural occurences. Acting as a narrator/observer to the precedings are a trio of young male actors who watch the psychics' activities via a computer monitor (eh?). As you'd expect from a show of this sort, you never see anything scarier than a psychic acting like she's being 'possessed' or 'sensing' a troubled past. But easily what takes the cake is an actual re-enactment of a Spanish-era love triangle affair that ends in murder which serves as the cause behind a haunting.

Scary.
Posted by MARCO A. DIMAANO at 6:57 PM No comments:

I'm a regular reader of Ain't It Cool News, and so far they've almost always been dead on with their stuff. So these tidbits may turn out eventually to be true. They're about two upcoming big-budget action films that should be hitting our theaters soon.

THUMBS UP- Hellboy. This film translation of the Mike Mignola comic stars Ron Perlman, Selma Blair and John Hurt. Hellboy (Perlman) is a demon-turned defender of mankind against the forces of darkness, which in this case includes tentacled Lovecraftian horrors, undead Nazis and vile mystics. Lots of action and characterization that's supposedly true to the comic, plus great direction from Guillermo del Toro. Sounds great!

THUMBS DOWN- Van Helsing. Uh-oh. This supernatural action film starring Hugh Jackman as the titular crusader has the usually aged Professor Van Helsing vampire hunter character turned into a rooftop-jumping, sword-swinging, tightrope-walking action man. There are good things to find, such as cool monster designs, sexy vampire brides and Kate Beckinsdale in leather yet again. But cheezy moments aplenty, including a pretty mawkish ending may necessitate that watchers tone down their expectations.

Well, both films are still a ways off and are probably still not 100% finished- hopefully both get a lot better and turn out to be cool summer flicks.
Posted by MARCO A. DIMAANO at 12:29 AM No comments:

Nothing really... just had to hurry home for personal reasons. It still took me more than two hours. DAMN traffic... A long commute can really suck out the strength from a guy. Just wanna lie down and chill. Yawn.
Posted by MARCO A. DIMAANO at 12:25 AM No comments:

Early Sunday morning (say, about 1 or 2 AM). I've just finished the pencils for another Kunoichi Boy cover. I take a break. I take a look at the Sanctum food supply. Dry as a bone.
I ride the golf cart to the west wing, to the fridge. Not a bottle of Coke in sight. But wait.

I've never really liked beer. I drink it on the rare occasions that I actually end up in a bar with friends. Drinking it is really just for socializing, totally for the sake of other people. In truth, to me, beer tastes like piss. Bitter, cold piss. Or at best, it tastes like that rice-pudding that my old housekeeper used to bring home from Church on Sundays... except it tasted like the baker/seller scrimped on the sugar and flavoring. BLLEEEECCHHH.

Anyway, it was night. I was thirsty. I needed something in my throat that wasn't water. I needed taste. The beer was cold. Maybe this night, perhaps this one night, I'd find my taste for beer. Maybe this was my beer commercial moment.

I took a can and it hissed open in my fingers. I took a swig.

I poured the rest down into the drain and made myself a glass of orange juice.

Back to work.
Posted by MARCO A. DIMAANO at 3:56 PM No comments: 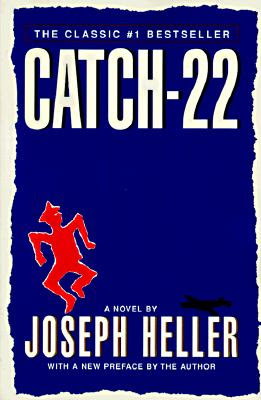 Incredibly witty and funny, you have a taste for irony in all that you
see. It seems that life has put you in perpetually untenable situations, and your sense
of humor is all that gets you through them. These experiences have also made you an
ardent pacifist, though you present your message with tongue sewn into cheek. You
could coin a phrase that replaces the word "paradox" for millions of
people.

Take the Book Quiz
at the Blue Pyramid.

Posted by MARCO A. DIMAANO at 3:50 PM No comments:

I read about The Elvis, a grilled peanut butter and jelly sandwich with honey and bananas favored by The King, Elvis Presley when he was alive (he ate 12-15 of those things at any one time!) from Cynthia's website, and it reminded me of an incident in my youth.
I was a little kid when I learned about French Toast. I had always heard about it, but never tasted it then. The closest I had gotten was a butter biscuit that was crispy and crunchy but was, of course, not the real thing. Then one day, I saw a recipe in a magazine showing how to make your own toast.
It was pretty easy- basically mix egg with milk and some sugar and dip pieces of bread in it, then grill till brown and ready. Simple!

Unfortunately, at the time I was too young to grill. I wasn't good with lighting the gas stove, which was scary for me (I had a fear of the gas exploding in my face), so I compromised. I dipped the pieces of bread in the watery egg and milk batter, and then, instead of grilling them, I placed them in the toaster oven.

I set the oven on high, and then waited. Suffice to say, I didn't wait too long since I was still a kid and kids have about as much patience as politicians have integrity. So, after a bit, I took out my still-mushy and damp pieces of egg and milk-dipped bread, put them on a plate and started eating.
BLECH.
Anyway, it was some time later that I actually got to taste real, cooked French Toast, and I found it nice. Something like pancakes and tikoy put together.

Perhaps someday I'll be adventurous and try to make The Elvis at home. This time, I'll be sure to grill.

Follow the Adventures of the Philippines' cutest and deadliest War Straggler!

Only in the pages of Mangaholix Presents, available in all branches of Power Books, Fully Booked and National Bookstore. Issues 1-7 now on sale!